Introduction In 1993 we got a number of beaded items from Nigeria or Benin. Most were dirty, but brushes with water did miracles. Among other things, three items appeared to be a rider with four assistants. Gradually it became clear that this was Shopona, the god of smallpox. Here is an explanation of the West […]

INTRODUCTION Today, people who engage in African art are at least aware of the fact that we are not dealing with a-historical cultures in which one mechanically continues to copy a number of forms, but that (just) in Africa cultures are open to changes. As regards many areas, one sees the process of taking over […]

This catalogue commemorate the centuries of contacts between present-day Ghana and what is now the Netherlands. Akan art is neihter static nor time-fixed. Incorporating influences from Moslems as early as easly the 13th century and Europeans from the 15th century onwards, the Akan have demonstrated through time a marked talent for incorporating new images, materials […]

A Bete master carver: the master of the contented person. During the current anniversary exhibition we present a Bete figure. Indigenous name  is Kuei, yusrokpo or isrokpo (Holas 1968) This is one of the rare, large, Bete figures that are known. These figures depict a deceased chiefs. It is a wooden statue, height 87 cm. The clothing consists of […] 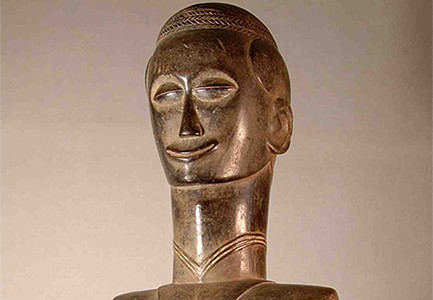 A Bete master carver During the current anniversary exhibition we present a Bete figure. Indigenous name Kolé This is one of the rare, large, Bete figures that are known. These figures depict a deceased chiefs. It is a wooden statue, height 87 cm. There is an old iron repair to the left foot. The image comes from Reginald Groux.What […]

There is a wonderful explanation regarding ideqqi pottery found on the site of Musée du Quai Branly: The catalogue for the Ideqqi exhibition, the art of the Berber women, presents the first synthetic approach to the art of Berber pottery in Algeria, which is specifically female. It is based on the particularly rich collections in the […] 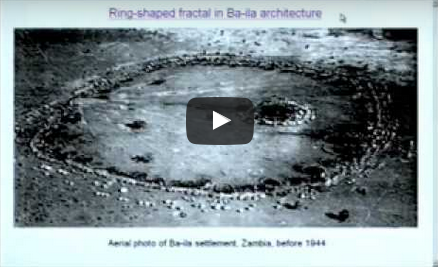 An English-language video about the way in which certain mathematical relationships come back in African architecture, but also in everyday things like hair fights.